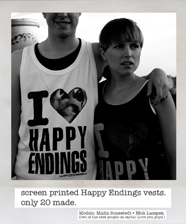 13th Oct 2015
After receiving the Honorary Mention at this year's VideoGUD Video Art Festival (SWE), M-E: A Video Selfie has screened at Wotever DIY Film Festival at the Cinema Museum in London, UK and is also accepted to the following festivals:

So we'll see you there!

Read more about the expanding video installation DEFINED (DEFINIERAD) here, which is the main work of the series.

M-E: A VIDEO SELFIE is also part of the Defined video series, which explores identity and attribution processes.

These two video pieces are yet to be exhibited together, but individually they've been shown At Home With The Ludskis, at Rio Cinema in London and Wysing Arts Centre, England as well as at STAPLN in Malmö, Bio Roy in Gothenburg and Galleri DIY at Taket, also in Gothenburg.

The third and final video piece in this series is in development.

21st Mar 2015
SLEEPING AND DREAMING OF FOOD (SOVA OCH DRÖMMA OM MAT) is included in the Special Programme COMIC AND ANIMATION of the 22nd Stuttgart International Festival of Animated Film: May 5 to May 10, 2015.

The programme is curated by Harri Rˆmpˆtti, a freelance journalist who writes for the Finnish national newspaper Helsingin Sanomat and specialises on comics, cinema and music.

28th Feb 2012
DAY OF THE HOMINID (DEN SVARTA SJÖN) was part of the national competition at the 30th Uppsala International Short Film Festival in Sweden last October as well as screened at Strange Beauty Film Festival in Durham, North Carolina, US.
See press clipping from The News & Observer here.

9th August 2011
Stockholm's Culture Festival is showing DAY OF THE HOMINID and another short film at an outdoor event on Sergels Torg on Wednesday, the 17th and Saturday, the 20th of August between 8.30pm and 11.30pm.
You can also see it at Uppsala Konserthus on Oct 1, but tickets for this event cost 50SEK.

25th June 2011
DAY OF THE HOMINID (Den Svarta Sjˆn) won the First Prize at VIDEOGUD Videokonstfestival!
Watch it for free this summer at videostations in Dalarna, G‰vleborg and Uppland.

Kolbeinn Karlssons Mystiska Bilder exhibition as part of SPX11, at Stadsbiblioteket, Stockholm. Opens May 5th and runs until the 27th.

At Veronica People's Club in Brooklyn, New York for an Evening of Happy Endings retrospective

At the club night Lilla Ukraina, Valla Torg, Stockholm, on May 6th.

In the official selection at Urban Nomad Film Fest, Taiwan on May 6th.

And it competes at VIDEOGUD Videokonstfestival (Video Art Festival) in Falun, Sweden.

1st March 2011
DAY OF THE HOMINID premiered at the 34th Göteborg International Film Festival and will have its UK premiere at The Pictures Underground Film Club at Bardens, London, on March 9.
Free popcorn, free entry, fantastic films and Schwarzenegger bingo.

9th February 2011
Happy Endings Productions sponsors Behind the Eyes, an experimental community project based on Philip Ridley's play Mercury Fur. On behalf of Schema Arts Collective and the Sassoon Gallery, we would like to invite you to this innovative showcase that runs for three nights only on the 24th, 25th and 26th of February at the Sassoon Gallery, Peckham.

24th January 2011
Our animation SLEEPING AND DREAMING OF FOOD, will screen at the Strange Beauty Film Festival in Durham, North Carolina, US.

Our newborn sister project DAY OF THE HOMINID is about to screen six times at the 34th Gˆteborg International Film Festival. The world premiere on Jan 30th is sold out, but have a look at their website for our other screenings on page 76 and 147 (before YEARS EATEN BY LIONS) in the programme.

13th January 2011
Our first ever COMPOSITION COMPETITION is now open for submissions!
Compose a soundtrack for our brand new logo (11 sec) by Haris Arts.
Send your entry as a sound file via sprend.com to ilove(at)happyendingsproductions(dot)co(dot)uk. The top entries will be uploaded to youtube.com/happyendingstv and the winner(s) will be used in future productions. Deadline for entries is Feb 28. Competition closes on March 31.

17th December 2010
Our most recent production, a second collaboration with comic book artist Kolbeinn Karlsson and Kallioinia, is a few weeks from being completed and already it's been accepted to the 34th Gˆteborg International Film Festival. This festival is said to be the leading film festival in Scandinavia and our film will be screened in the Svenska Bilder (Swedish Images) category.

17th November 2010
Philipp Figueroa, the Director of SUBURBAN MADNESS, has been nominated for the Best New Director Award at the 5th Mostra Miragem Film Festival in North Brazil!
It will screen on Dec 12 in the following three Brazilian cities: Miracena, Miranorte and Tocantinia e Paraiso.

The documentary is also in the official selection at the Film Front Film Festival (formerly known as ìVojvodanski festival filma i videaî), which is organised by Kino Kub Novi Sad, Serbia.
(They have the best festival logos Iíve ever seen.) The festival runs Dec 13 ñ 18.

SUBURBAN MADNESS recently screened together with PORTRAIT OF AN ANTIPOET (Chile, 72min) at Odeon Panton Street as part of the 9th Discovering Latin America Film Festival here in London

Prior to that it received the Revelation Prize for Most Promising Film at the 37th Jornada Internacional da cinema da Bahia, Brazil as well as the Best Carnival Movie prize at Luksuz Film Festival, Slovenia.

2nd October 2010
Our animation SLEEPING AND DREAMING OF FOOD, that last month screened at The Branchage Film Festival, has been selected (out of over 1000 films!) for the European competition at the Unlimited Film Festival in Kˆln/Cologne.

While I'm there, Kallionia is making the finishing touches on the score for our second collaboration with comic book writer Kolbeinn Karlsson. Join our facebook group for latest updates and an invite to the premiere screening.

31st August 2010
Our documentary SUBURBAN MADNESS has been selected for the 37th Jornada Internacional da cinema da Bahia in Brazil; the Uframe International Video Festival in Spain; the 4th Annual Cinema Verite International Documentary Film Festival in Iran and the Shortmoves festival in Halle, Germany - where only 20 films were selected out of 375!

And it'll also screen locally! It's been selected for the 1st Annual Hackney Film Festival, which means we'll return to Rio for the festival's launch screening on September 18th at 3.45pm.

24th June 2010
Happy Endings first ever retrospective will take place on July 2nd at the Notting Hill Visual Arts Festival and it's appropriately named The Happy Hour. It'll be the craziest, weirdest and saddest Happy Hour in history.

29th May 2010
The test screening of our latest short film, The Theory, went down amazingly well. For those of you who did attend and didn't get a chance to fill in a feedback form, you can find it here as a .pdf file.

27th April 2010
We are really proud to announce that our animation, Sleeping and Dreaming of Food, will be part of this coming weekend at Shunt, which has been curated by Season Butler and Jessica Charlesworth. See the full programme here.

1st November 2009
Eva-Marie is one of ten directors nominated for 1 km Film at Stockholm Film Festival this month. Read our latest press by clicking on the press clippings link to the right.

31st October 2009
Our animation Sleeping and Dreaming of Food (Att Sova och Drˆmma om Mat), which is based on the comic by Kolbeinn Karlsson, screened at Uppsala Short Film Festival this month and received an honorary mention.

Please sign up to our newsletter (link at the bottom of this page) for the lastest news, or read already published newsletters in the newsletter archive (link to the right).

27th May 2009
Our limited edition I ♥ Happy Endings vests are now available to buy. They are 10 pounds each (or 13 if you pay by paypal and require delivery). Pictures are available on the gallery page and on our facebook group. Contact us via our contact page if you want to place an order. (Limited edition of only 20)

22nd May 2009
Happy Endings have just returned from Cannes Film Festival (read Emie's blog from the festival - in swedish - on film.nu) where we had a great time.

Happy Endings is now also on facebook and youtube, where you will get the latest news and can watch the trailers for Suburban Madness and Sleeping and Dreaming of Food.

9th February 2009
We are currently in production with a documentary project in Rio de Janeiro, Brazil. Follow the filmmaking process online by reading our blog - www.suburbanmadness.blog.com

28th November 2008
To promote the launch of Sleeping and Dreaming of Food, based on the comic by Kolbeinn Karlsson, Happy Endings are selling Kolbeinn's latest fanzine Här Var Vilda Västern (This was the Wild West).

Här Var Vilda Västern has been descibed as a homoerotic story about life, death and nature that takes the reader through a stream of stories and events. The dialogue is in Swedish but sparse, with only one coherent phrase - the title of the comic.

We're also selling the 7" single by Postkontoret, which Kolbeinn designed the cover for. "Epic, distorted instrumental glitch-pop with haunting melodies."

Both of these products are available in the UK for a very limited time only.

Place your order(s) directly through us, by contacting us via our contact page, or visit our favorite independent online shop samu.co.uk.

For the latest updates, subscribe to our newsletter by clicking here.