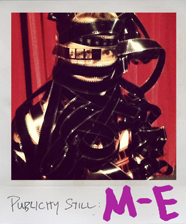 
SYNOPSIS
In this video piece, which I call a semi-documentary, I let professionals such as psychics, therapists, astrologists, palm and tarot readers as well as a hypnotherapist and a dream interpreter define me. All they know about me, prior to our sessions, is that my name is Emie.

The video investigates whether they will be able to paint a true picture of me and whether I can identify with the characteristics they ascribe me.

Will they describe a stereotypical idea of a Woman and the current norms associated with that gender? Who is she? What are her dreams, hopes and aspirations? And can I relate to the idea of a typical modern Woman?

Filmed at a former slaughterhouse in Kil, Sweden, as part of the Tomma Rum residency as well as at Kvinnofolkhögskolan, Göteborg (Gothenburg), the Holi festival (London) and Rio Cinema, London.
A collaboration with Film i Dalarna.

Distributed by FilmForm, the Art Film and Video Archive.