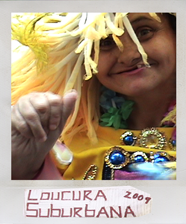 The director of Suburban Madness is Philipp Figueroa. Philipp was born in Frankfurt, Germany where he discovered his passion for film while working as an usher in a local cinema. Soon after high school he attended the Galician National Film School in Vigo, Spain. He quickly decided to specialise on video and documentary directing and transferred to London Southbank University where he graduated in Digital Film and Video Production in 2009. During his studies Philipp worked at the Notting Hill Gate Cinema in London as a projectionist, where he met Eva-Marie and Carlos.

Suburban Madness is Philipp’s first major documentary. Philipp is currently working as a producer and editor at the production company Tracc Films.